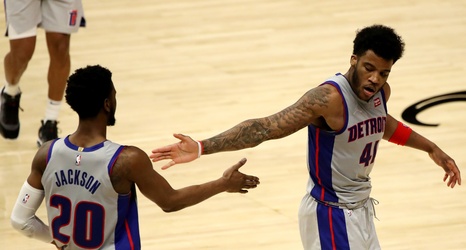 The Detroit Pistons will take on the Oklahoma City Thunder tonight at Little Caesar’s Arena in a game that is important for both teams.

You might wonder why a late season game between two of the NBA’s worst teams is important but there are a couple of reasons.

Both teams are battling for position in the NBA Draft and the Pistons are barely clinging to the third-worst record in the league.

Both the Magic and Thunder are right behind them and OKC has now lost eight games in a row, so they are gunning for the bottom.