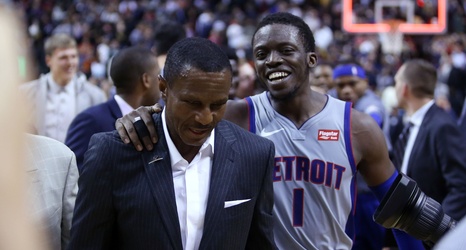 Reggie Jackson is healthy and has refined his game to maximize his efficiency with his touches, and for the Detroit Pistons that’s what they need.

Jackson, 29, enters his contract year off his first career 82-game season. He was healthy for the first time since his inaugural season in Detroit. It was instrumental in the Pistons success last season, just like when he was acquired several seasons ago.

The Pistons point guard had his lowest usage rate since the Pistons traded for him in the 2014-15 season. It was a monumental move for Jackson, who became a starting point guard for the first time and has led the Pistons to two playoff appearances in four seasons.