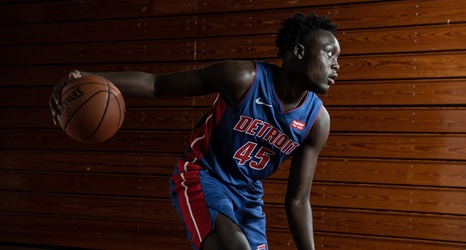 The Detroit Pistons are looking to take a step forward in the NBA’s Eastern Conference after coming up short in the playoffs last season.

An important part of that step forward will be how new additions at the wing positions perform on a regular basis.

Newbies including Tony Snell and Markieff Morris are expected to see significant time – but most fans are wondering about the future of the Pistons’ first round pick.

Will 18-year-old Sekou Doumbouya get a chance to start? Will he even play? We’re starting to get an indication as to what the plan for Doumbouya is early on.