Derrick Rose is leading the Detroit Pistons in turning a corner 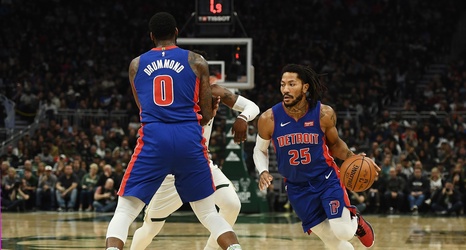 The Detroit Pistons have gifted turnovers to opponents long before Giving Tuesday but one of the league’s most efficient offenses is becoming less charitable, and Derrick Rose is leading the turnaround.

One of the biggest flaws to the Pistons defensive woes is giving the ball away 335 times in 20 games to begin the season, the fourth-most in the league. But over the last five games the Pistons are turning it over 12.8 times per game, which would rank best in the league if they managed to maintain that pace through all 20 games.

Coach Dwane Casey has posed that the Pistons need time to gel together and maybe that was the case with Rose.