DBB on 3: Ben Wallace in the Hall of Fame 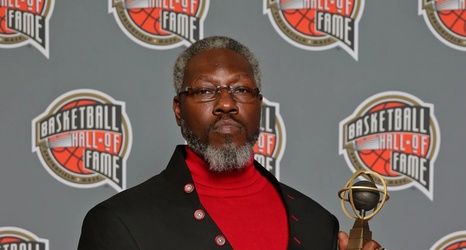 That familiar sound you here — a bellowing gong — heralds the arrival of Ben Wallace, one of the greatest defenders to ever play the game into the Basketball Hall of Fame. Wallace was joined by Pistons greats of both the past and the present. His former teammates that made up the “Best 5 Alive” — Chauncey Billups, Richard Hamilton, Tayshuan Prince and Rasheed Wallace were in attendance. So was his Hall of Fame coach Larry Brown, who introduced Wallace and sat on the stage as he delivered his speech.

There was also the next generation of Pistons — the players Wallace set a championship level example for — Cade Cunningham, Saddiq Bey and Isaiah Stewart.