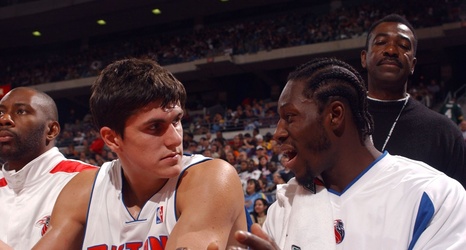 Infamous Detroit Pistons legend Darko Milicic is returning to the hardwood, though no need to worry because it won’t be as a Piston.

Milicic, 34, is going to return after seven years of retirement to play in the second division of the Serbian League, his native country, according to basketballsphere.net.

His team, “I came to play,” is comprised of former national team members and hopes to assist the city of Novi Sad and the American Embassy, according to eurohoops.net.

“I am glad that we will be able to help young people to grow older and that the action is primarily humane,” Milicic said, as translated by Euro Hoops.