Casey, Pistons 'champing at the bit to get back,' respect NBA's stance on crisis 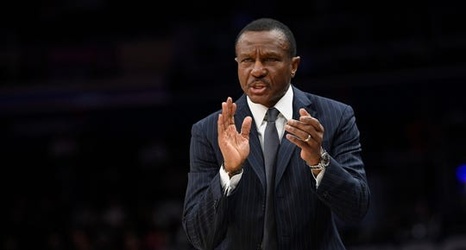 Detroit — As the NBA season remains on hiatus, Pistons coach Dwane Casey is trying to keep things as close to normal while everything around him is anything but normal.

The remaining league games were suspended March 11, after Utah Jazz center Rudy Gobert became the first NBA player to test positive for COVID-19. In the aftermath, the Pistons’ traveling party of more than 50 people was relegated to self-isolation for two weeks.

For Casey, that meant spending time away from his family, hunkering down in his basement while his wife and two children had the rest of the house.