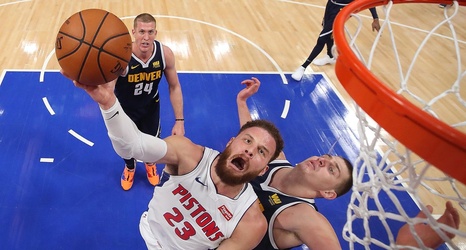 Around the ‘net is back with a dive into the latest Detroit Pistons and NBA content. It was an eventful week as the Pistons signed Joe Johnson, officially, and the new NBA salary cap numbers were released.

There were also nice stories around Isiah Thomas and the recent Dennis Rodman 30 for 30 documentary that aired, and Blake Griffin opening up on mental health. Dwane Casey also conducted a five-part interview with True Blue Pistons.

Let’s get to it with a full week of content.