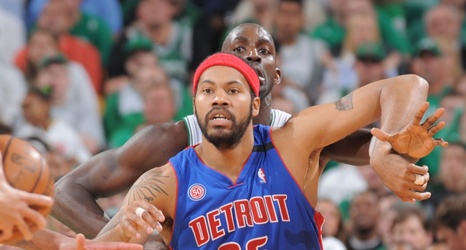 Rasheed Wallace only missed the playoffs once (his rookie season with Washington) during his 16-year career.

For as much as he was criticized by the media, Wallace knew how to win and he adjusted his style of play to make those around him better. Wallace finished with one NBA title, but he played in two Western Conference Finals and five Eastern Conference Finals. He arguably had the most accomplished career of anyone on the Detroit Pistons 2004 championship team.

Sheed is a man of the people. During the Flint water crisis he, along with a handful of former NBA players, went door-to-door delivering bottled water to residents in need.