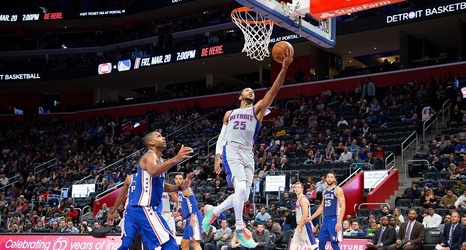 Derrick Rose is having one of his best seasons and would greatly help a contending team that needs a change-of-pace point guard, which he’s shown with the Detroit Pistons.

Detroit has struggled this season, especially against a weak Eastern Conference, and doesn’t appear to be in contention. The Pistons are already actively seeking a trade for center Andre Drummond. Perhaps that signals the Pistons could move on their role players.

Rose is in a unique situation in that he’s thriving off the bench, despite being the only active point guard as Reggie Jackson and Tim Frazier continue to miss time.