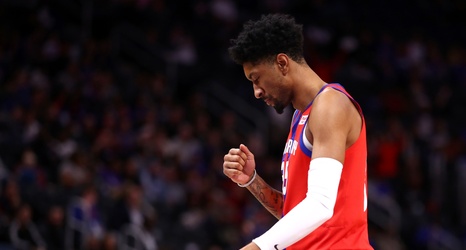 The Detroit Pistons have struggled mightily with consistency all season, and while there were admittedly some occasional lapses, tonight was a sound victory on both sides of the ball. Who was in the heart of it all?

Christian Wood. It finally happened. The game that fully showcased what Wood is capable of doing on defense, but especially on offense. Scoring 28 points and grabbing 10 rebounds on 78 percent shooting, Wood was a driving force that allowed the Pistons to dominate this game in the way that they did.

It is remarkably confusing how he has slipped through the cracks and fallen off of seemingly every single team’s radar and somehow wound up in Detroit.