3 players that Detroit Pistons fans are thankful for 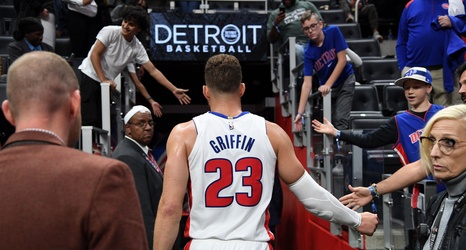 Blake Griffin is far and away one of the most beloved athletes not just for the Detroit Pistons, but in the entire city. He didn’t ask to be here, but he’s embraced it. He’s essentially become the embodiment of what it means to play in Detroit. He’ll put his body on the floor to save a loose ball, he’ll absorb heavy contact in order to draw a charging foul, and he’ll attack the rim with ferocity.

Having a defined superstar in Detroit has become somewhat foreign to fans. The Detroit Lions have Matthew Stafford, but outside of Detroit he’s not exactly respected the way many feel he should be.