2022 Offseason: What to expect from Nerlens Noel as a Detroit Piston 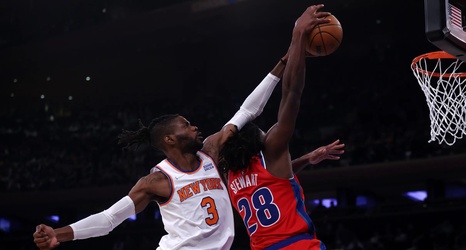 On the eve of the NBA’s annual free agency period, Troy Weaver and the Detroit Pistons front office agreed to terms on a ‘salary dump’ deal with the New York Knicks, acquiring veteran duo Alec Burks and Nerlens Noel, as well as a pair of second-round picks and cash.

Taken with the 6th overall selection back in 2013, Noel entered the league touted as an athletic defensive anchor. Due to an ACL injury suffered in his freshman season with Kentucky, the 6-foot-11 big man fell on draft night, before being acquired via trade by Sam Hinkie and the Philadelphia 76ers, making him the first core piece to ‘The Process.