18 years after Joe Johnson started his career in Detroit, he’ll end it with the Pistons 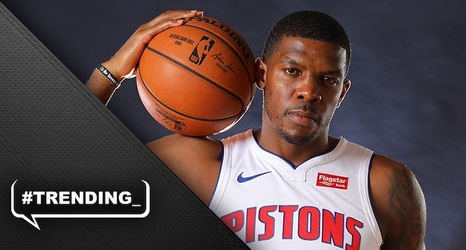 EAST LANSING – Joe Johnson chose the Pistons to end his NBA career. The Pistons very nearly chose him to begin it.

With the No. 9 pick in 2001, Joe Dumars essentially came down to two players: Johnson or Rodney White. As a young general manager – it was Dumars’ second draft after he took Michigan State’s Mateen Cleaves with the 14th pick of the historically weak 2000 crop – Dumars might have bent to the wave of hype that surrounded White. No less than The Logo, Jerry West, publicly declared White as having the highest ceiling of anyone in the 2001 draft class.