Pistons Free Agency Rumors Roundup: What You Need To Know 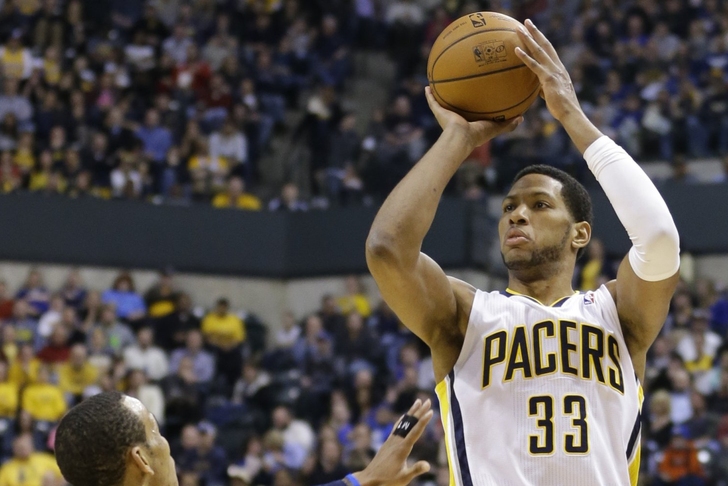 We're in the beginning stages of the 2015 NBA free agency period, and the Detroit Pistons are one of the most intriguing teams out there when it comes to the wheelings and dealing on the market. Here's a snapshot of their current free agency plans.

The Pistons aided the Phoenix Suns' salary dump efforts on Thursday, offloading future draft picks to Phoenix for the rights to small forwards Marcus Morris and Danny Granger, and guard Reggie Bullock. While Morris and Bullock could factor into the team's roster construction plans, Granger is likely on his way out.

Per Vincent Ellis of the Detroit Free Press, "Pistons haven’t decided on Granger, but he likely will be waived." The 32-year-old Granger is slated to make in the neighborhood of $2.17 million in 2015-16.

According to ESPN's Marc Stein, the Pistons reached an agreement on a three-year deal with former San Antonio Spurs center Aron Baynes on Thursday. Baynes will have a player option on the third season.

Multiple media outlets have indicated that the deal is worth $20 million.

Baynes will likely slot in as a depth option, with his $20 million price tag standing as emblematic of the inflated salary figures being tossed around under the new projected cap numbers for next season and the one after.

Pistons Made A Run At DeMarre Carroll

According to Kevin Arnovitz of ESPN.com, "both Detroit & PHX came hard for DeMarre Carroll. ATL lagged. Was blown away by Toronto's offer, Dwane Casey, and general environment."

The coveted small forward signed with Toronto on a four-year deal which could end up being worth $60 million.