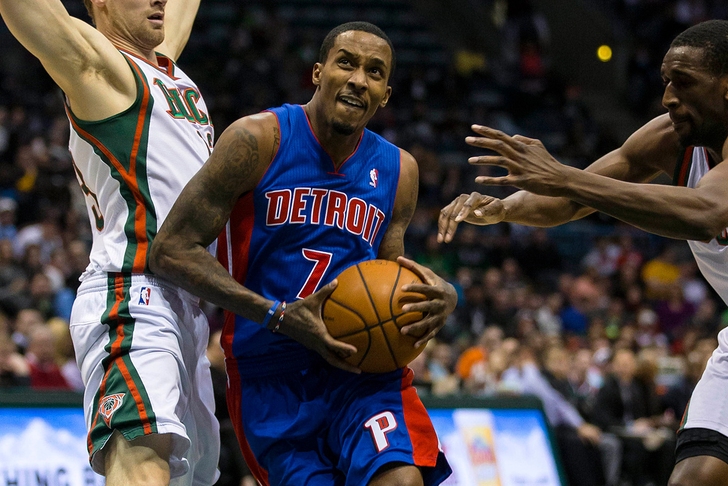 Our nation's birthday brings with it the news that LaMarcus Aldridge is taking his talents to San Antonio, but there's plenty of other intrigue to be had -- ESPECIALLY surrounding the Detroit Pistons. Here's our Pistons Free Agency Rumors Roundup For July 4th.

Free agent guard Reggie Jackson made an appearance at the Pistons' summer league game against the Orlando Magic on Saturday afternoon -- perhaps a sign that Jackson is eyeing a return to the Motor City.

Per Terry Foster of the Detroit News, "Andre Drummond confirmed he has got text from Jackson to make sure he is working hard. And Pistons president Stan Van Gundy said the team plans on sitting down with Jackson soon to and hammer out a contract with him."

Re-signing Jackson won't come cheap, especially after former Piston Brandon Knight commanded a five-year, $70 million deal with the Phoenix Suns earlier this week. Jackson is expected to earn at least what Knight is getting, if not more.

There have been no reported meetings between the two sides as of this writing.

While Morris and Bullock could factor into the team's roster construction plans, Granger is likely on his way out. Per Vincent Ellis of the Detroit Free Press, "Pistons haven’t decided on Granger, but he likely will be waived." The 32-year-old Granger is slated to make in the neighborhood of $2.17 million in 2015-16.

Detroit Made A Run At DeMarre Carroll

According to Kevin Arnovitz of ESPN.com, "both Detroit & PHX came hard for DeMarre Carroll. ATL lagged. Was blown away by Toronto's offer, Dwane Casey, and general environment."

The coveted small forward signed with Toronto on a four-year deal which could end up being worth $60 million.