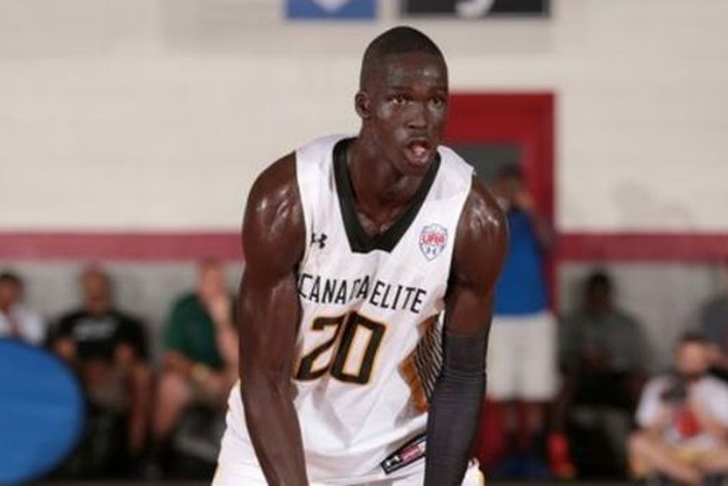 The Detroit Pistons took a big step forward this season, earning their first playoff berth 2009. They also hold a top 20 pick, giving them an excellent chance to add another key player to their young core. Here are all the latest Pistons draft rumors you need to know:

Detroit targeting Thon Maker?
Maker made headlines last month by bypassing college and declaring for the draft, which the NBA allowed him to do since he went to a year of prep school. At the time, most scouts thought the athletic seven-foot forward was too raw and would be a second round pick, but KSL.com's Andy Larson thinks he'll slide into the first round:

The player [the mixtape makers] envision is not the player I envision. The mixtape guy just shows lots of dunks and crossovers and fancy one hand passes. The other me I envision is more steady, controls the pace, gets teammates going, and is fundamentally sound, both offensively and defensively.

Larson saw Maker during his workout with the Utah Jazz on Wednesday. Maker is scheduled to work out for Detroit next week, and if he performs well, he could be at the top of their draft board as a high-upside stretch four.

Wade Baldwin a backup option?
One of Detroit's biggest needs this offseason is to find a backup point guard behind Reggie Jackson, and that could cause them to look to that position in the draft. According to Pistons Powered's Duncan Smith, the guy they're targeting is Vanderbilt's Wade Baldwin:

Baldwin is a 6-foot-4, 202 lbs point guard out of Vanderbilt. He has a wingspan near seven feet, measuring in at 6-foot-11.25, giving him length well above average for his position.

He’s 20 years old and averaged 14.1 points and 5.2 assists per game in his sophomore season, and he shot 40.6 percent from three point range . That’s a number that will of course come down at the NBA level, but it should settle in at a percentage on the high side of the league average from long range.

Baldwin has already met with the Pistons, and says that head coach and president of basketball operations Stan Van Gundy really likes him.