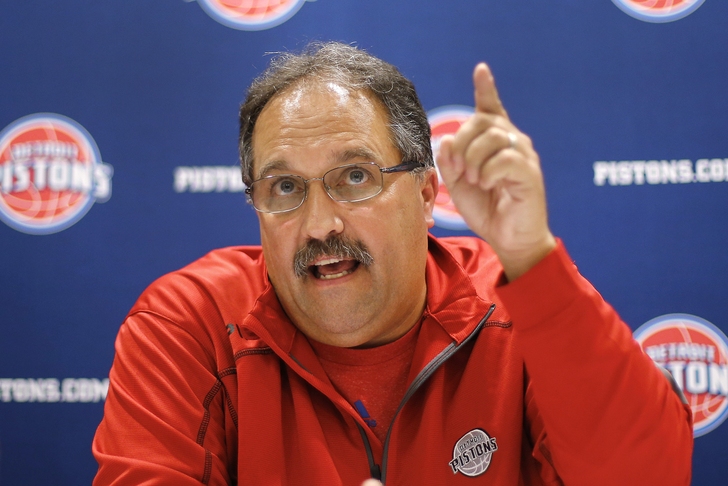 Can't get enough Pistons news and rumors? Be sure to download our 5-star iPhone app today!

The Detroit Pistons' starting five disappointed new head coach Stan Van Gundy during an abysmal third-quarter stretch that ended up costing the team in a 99-91 road loss to the Minnesota Timberwolves on Wednesday.

Van Gundy brought in a wave of substitutes who served to almost right the ship in the fourth quarter. However, it was the body language and attitude of his starters that Van Gundy felt the need to address after the contest.

"But that was very, very disappointing. That was the first adversity we hit this year and we failed the test badly."

Expect Van Gundy to keep with his normal M.O. and continue to call out his starters until the message is both received and taken to heart. If they want to get back in the fiery coach's good graces, the Pistons' starters would do very well to start listening come Saturday's home opener against the Brooklyn Nets.