Pistons Rumors: Should Detroit Move Up In Draft To Select Mario Hezonja? 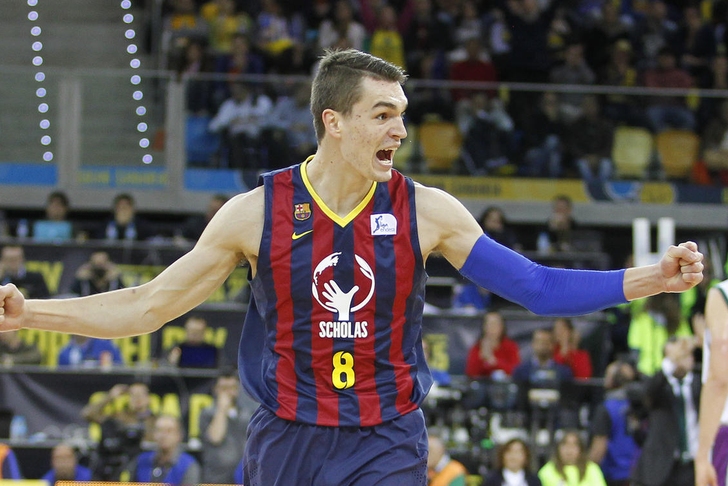 The Detroit Pistons are at a pivotal juncture in their rebuilding process heading into Thursday's 2015 NBA Draft, and one false move with the #8 pick could very well end up stunting the team's chances to return to prominence.

According to Pat Caputo of the Macomb Daily, the best chance Detroit has of avoiding such a fate is finding a way to select standout Croatian forward Mario Hezonja, whether that requires trading up or not:

He is athletic, and has held his own against top-flight competition in Europe. There is concern he is unable to visit for pre-draft workouts, but they should be minor in the Detroit camp considering his agent has been Arn Tellem. Yeah, that same Arn Tellem the Pistons recently hired to essentially oversee their franchise. Oh, and Hezonja can really shoot it. Winslow was a spotty shooter at Duke, hitting 41 percent from the shorter NCAA 3-point range, and just 64 percent of his free throws. Conversely, Hezonja hit 38 percent of his 3-pointers playing for Barcelona in Europe last year. He is just 20.

Hezonja is ideal for what the Pistons are doing and would give them their best shot moving forward, both figuratively and literally.

If it’s apparent Hezonja is going to be selected before Detroit’s turn at No.8 overall, they must find a way to move up to select him.

Too many of the Pistons’ drafts have been wasted. They badly need to get this one right.

Finding a way to acquire Mario Hezonja would make this draft right.