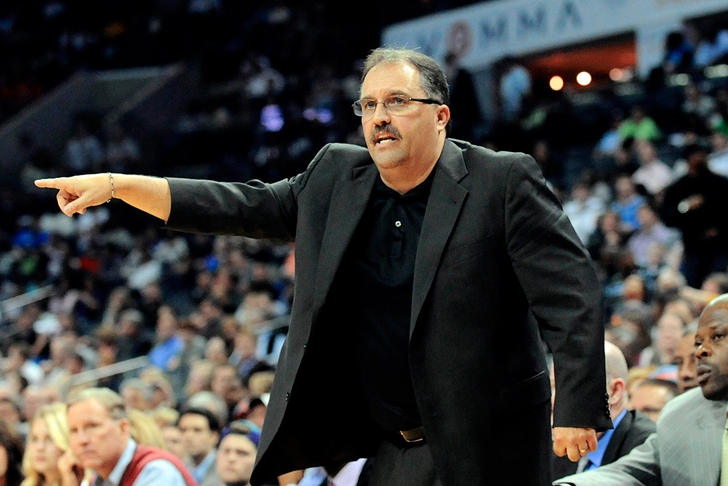 Detroit Pistons president and head coach Stan Van Gundy is an outwardly 'half empty' kind of guy, but the team's recent stretch of on-court success has him viewing the franchise's future in a positive light.

"I'm far from a wild-eyed optimist," Van Gundy said Friday, via MLive.com. "But I honestly think the future is pretty good, and where we're going, in terms of what we have -- cap space and everything else, and the progress some of our guys are making."

The Pistons are 4-0 since releasing Josh Smith and 6-4 since Jodie Meeks' return to the lineup, but their 9-23 overall record still has the Pistons closer to NBA Lottery consideration than to a playoff berth.

Van Gundy acknoweldges that, but sees some strides being made that could pay off for the team down the road.

"In the present, it's difficult," Van Gundy said. "But I think in the future, we have a chance to build this up over the next couple of years and become a good basketball team."