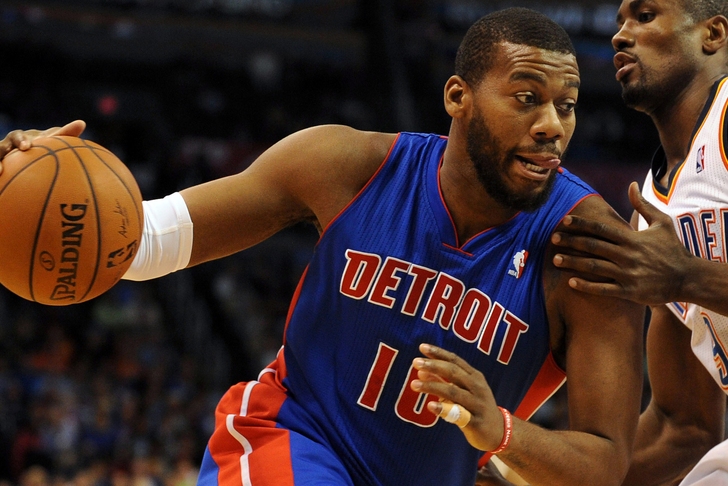 The Detroit Pistons aren't scoring much at all to begin with this season, but the most glaring problem for the team on the offensive end has been their seeming inability to finish off possessions under the basket.

"When you shoot 30 percent from the paint — if you look at the stats, 3 feet and in — we're third in attempts," head coach Stan Van Gundy said, via Vincent Goodwill Jr. of the Detroit News. "And last in field-goal percentage. We barely finish over 50 percent of our shots; we've got a real problem."

With that, the spotlight shifts to Greg Monroe, Andre Drummond, and Josh Smith. Case in point, Josh Smith's conversion rate from 0-3 feet has dropped from 71.1 percent in 2013-14 to just 54.8 percent this season - just over 12% less than his career 67% mark.

Greg Monroe isn't ready to point fingers when it comes to the team's inside struggles. In fact, he's taken to shouldering most of the blame.

"If we had an answer, we'd change it," Monroe said. "It's really no other answer when you're talking about layups and shots in the paint. I'm probably the culprit of it all."