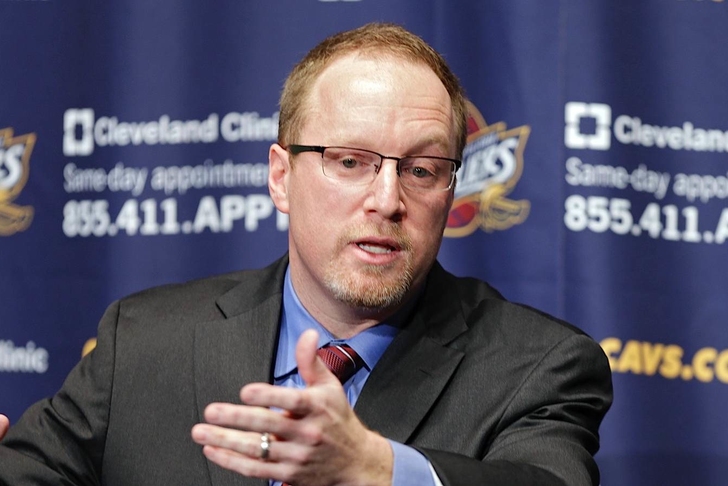 According to NBA columnist Sam Amico, Griffin is just one of many executives that the Detroit Pistons may be targeting for the job:

Can confirm USA Today report #Pistons have interest in #Cavs acting GM David Griffin. But one of about 10 names linked to opening right now.

With Joe Dumars being reassigned to an advisory role with the team, the Detroit Pistons are engaging in an extensive search to find a general manager who can help efficiently utilize the young talent already on the roster, while coming up with a plan to augment that talent via the NBA Draft and free agency.

Griffin was promoted on February 6th to replace fired Cleveland Cavs general manager Chris Grant. His promotion was met with mixed reviews from Cavs fans who were looking for as much change as possible after Grant's rough tenure with the team.

Your Pistons news whenever and wherever you want it. Download our new Chat Sports iPhone app, and follow our Pistons team page today.