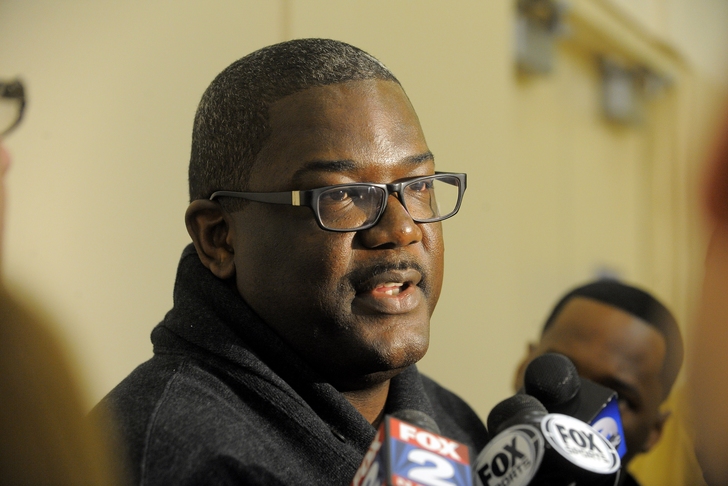 It has been a tumultuous year to say the least in Pistons news, with the Detroit Pistons under-performing many NBA analysts' expectations throughout the 2013-14 NBA season.

With this in mind, several NBA sources are indicating that the hot seat under Pistons general manager Joe Dumars has turned into a four-alarm fire -- with all indications pointing to Dumars being out as general manager almost immediately after season's end.

Despite Saturday's 115-111 home victory over the Boston Celtics, the Detroit Pistons are still 21 games under .500 at 28-49, and are now mathematically eliminated from playoff contention -- six games behind the eighth-place Atlanta Hawks with five to play.

Dumars hasn't exactly seen eye-to-eye with Pistons ownership in his time as general manager. Since purchasing the team in 2011, new owner Tom Gores installed a rigorous hierarchical system in an attempt to keep Dumars in check.

Whether that has worked or not is a matter of conjecture. However, as Basketball Insiders puts it, "sources close to the situation say Gores has built his own relationships with his young franchise players and has been moving toward a change at the top for some time."

From the looks of all of this, it could be a somewhat bitter farewell for the Detroit Pistons legend as soon as game 82 of the 2013-14 NBA season is in the books.