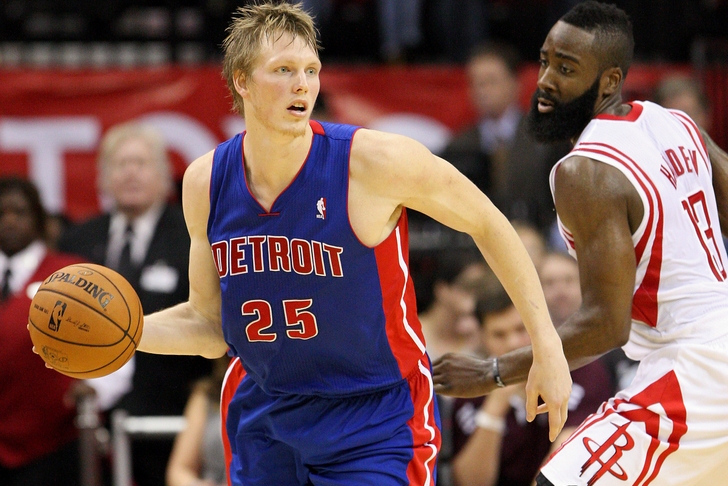 With the Detroit Pistons struggling out of the gate during this 2014-15 NBA season, new head coach Stan Van Gundy is making on-the-fly adjustments in an attempt to get his team over the hump.

One of those adjustments has placed starting point guard Brandon Jennings on the floor with his backup, DJ Augustin - giving the offense two facilitators with which to work the offense through.

"I definitely like that combination just because I have another ballhandler," Jennings said of the arrangement, via David Mayo of MLive.com. "I can definitely come off and play the two. It gives me a break from trying to always make plays."

Another play who has felt the effect of Van Gundy's adjustments is Kyle Singler. Singler went from the starting small forward with Greg Monroe suspended for the season's first two games, to a lesser role with Josh Smith starting at small forward and Kentavious Caldwell-Pope playing a lot of minutes in the backcourt, to having a chance at extra playing time backing up two positions.

"You can't lose your focus," Singler said of working through the adjustments. "You've got to keep on putting your work in. Without the game going on, you've got to stay focused, you've got to stay ready, basically. But as much work as you can put on in practice, and during your shootarounds, the better off you'll be."