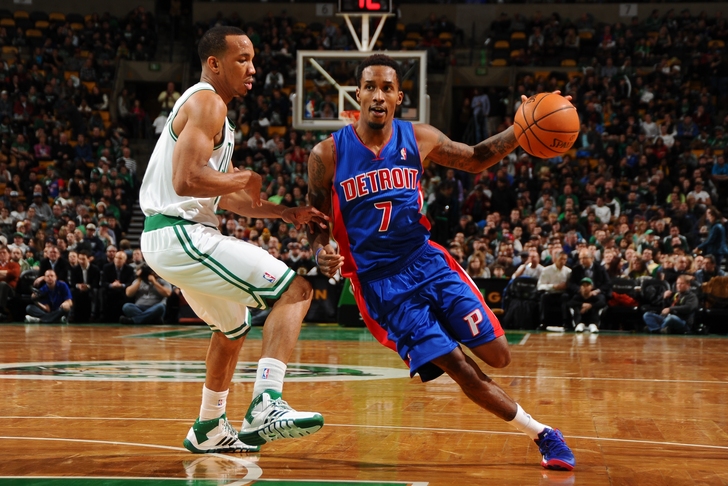 Detroit Pistons guard Brandon Jennings is done hanging out in the background and getting his shots in. He's now stepping forward as a leader under head coach Stan Van Gundy as Detroit finds itself back in the thick of the Eastern Conference playoff race.

"I said, 'We gotta put this on ourselves,' " Jennings said, vocally laying into the team after a 105-94 loss to the New Orleans Pelicans on Wednesday. " 'We gotta come out with energy. We are real lazy, the first five, including myself. We are just all lazy. We don't have that sense of urgency."

Detroit started Wednesday's defeat in a 10-2 hole, and never recovered. Now getting into his comfort zone as a leader, Jennings wants to nip the trend of slow starts before it cost the Pistons their season both vocally and with aggressive play on the court.

"With the way our starts have been, I might have to," Jennings said. "Not even scoring. Just trying to get some easy buckets. Penetrating more. Attacking more … I might have to be more aggressive early, on both ends of the floor."