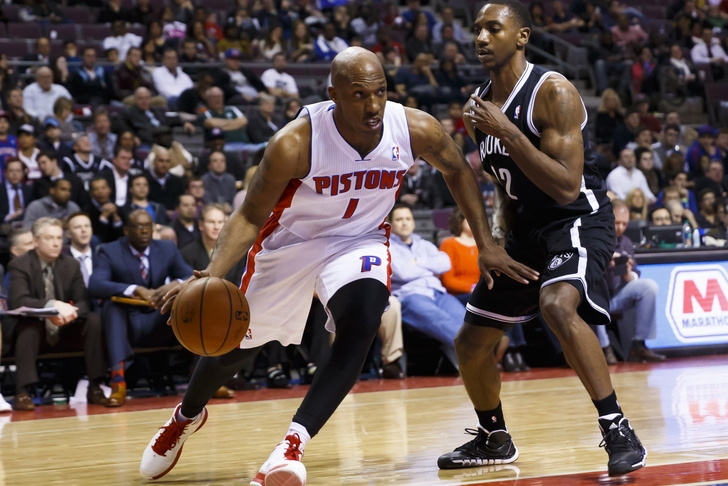 In Pistons news tonight, veteran Detroit Pistons point guard and former Los Angeles Clipper Chauncey Billups has made it clear that he would have sat out of the Clippers' Game 4 on Sunday if he was still a member of the franchise.

Speaking on ESPN's Scott Van Pelt and Ryen Rusillo Show (via FootBasket.com), Chauncey Billups stated that the protest the Clippers did stage wouldn't have been enough for him:

“There’s no way I would have played in that game,” Billups stated matter-of-factly. “To be honest with you, it’s more than basketball. It’s bigger than Game 3, or Game 4 or Game 5.”

Chauncey Billups spent two seasons as a member of the Los Angeles Clippers from 2011-13, before returning to the Detroit Pistons. He has expressed relief before to be back with the Pistons, and joins a bevy of NBA players who have come out and decried the racist comments attributed to Sterling by TMZ Sports.

Your Pistons news whenever and wherever you want it. Download our new Chat Sports iPhone app and follow our Pistons team page today.