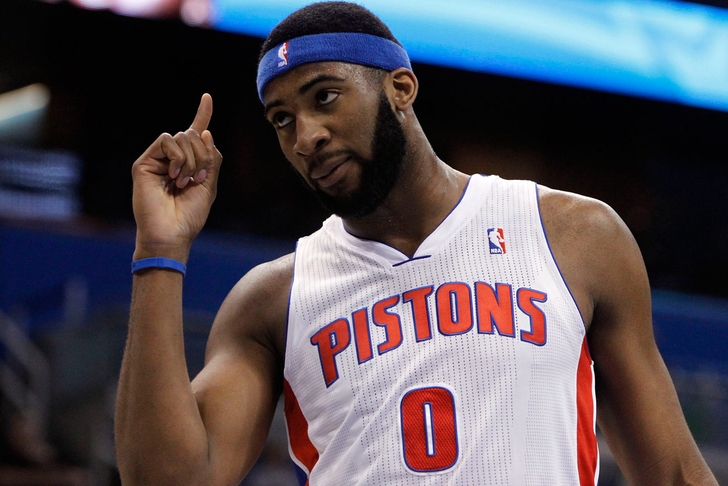 New Detroit Pistons head coach Stan Van Gundy learned something about big man Andre Drummond when Van Gundy attempted to run the offense through Drummond down in the post.

Prior to Friday's 96-89 overtime win in Oklahoma City, Drummond and Van Gundy hashed some things out in regards to Andre's role in the offense. Drummond, frustrated by his struggles on the offensive end so far, made his case for reducing his scoring responsibilities in favor of focusing on defense.

"I really feel like I should just really just worry about the defensive end and really just let it come to me instead of focusing so much on being an offensive presence because that's not really what got me to where I'm at today," Drummond said., via David Mayo of MLive.com. "I've kind of got to get that out of there and just continue to start playing hard."

Drummond shot an impressive 62 percent from the field during his first two season, relying on offensive rebounds and opportunism to get his buckets. He has shot just 41 percent from the floor this season with the added pressure of being a focal point of the offense.

"I'm my biggest critic," Drummond said. "I really critique myself while I'm out there and sometimes it gets the best of me. I let it get to me."

Drummond appears to be relaxing a bit more now, hopefully giving the Pistons the presence they need down low on both ends going forward.