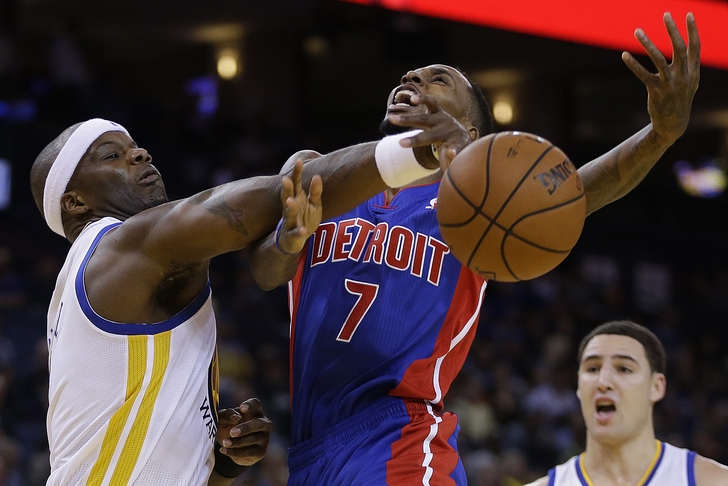 The Detroit Pistons have a dilemma when it comes to their rotation at point guard, and the questions seem to begin and end with one Brandon Jennings.

Jennings has made it perfectly clear that he's not too thrilled to be basically sharing minutes with backup point guard D.J. Augustin. However, the mercurial former Milwaukee Bucks standout is trying to put on a happy face.

"Me, I'm just staying positive," Jennings said, via Charles F. Gardner of the Milwaukee-Wisconsin Journal Sentinel. "It's a long season.

"We're still trying to find our identity with a new coach, a new system. It's definitely going to take time."

Head coach Stan Van Gundy has been pretty blunt in his assessment that Jennings can play better.

"But I think his energy has been good," Van Gundy offered. "I think both of them have done OK. As far as how the minutes are going to go, it's probably going to be night to night."

"It's probably 8 or 9 minutes at the beginning for Brandon, 8 or 9 minutes for D.J. coming off the bench and you've got the last 6 to 8 minutes of the half to go with who you feel more comfortable with," Van Gundy added.

While that's not exactly an ideal situation for Jennings, he's got an opportunity to let his play and energy increase his minutes load as the 2014-15 NBA season progresses.