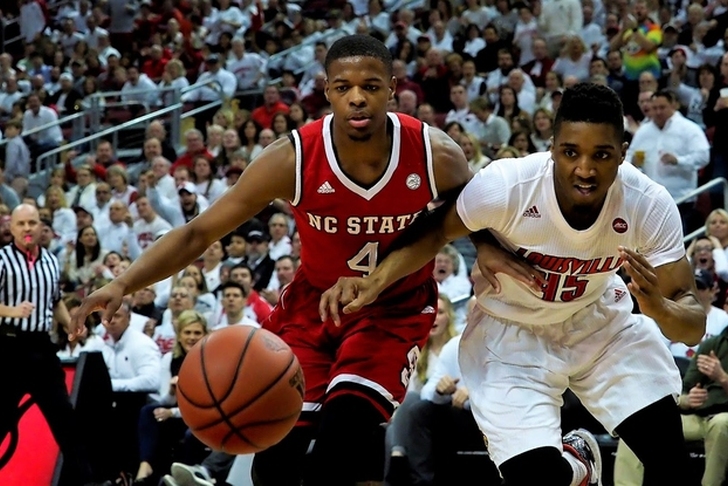 The Detroit Pistons hold the No. 12 overall pick in Thursday's NBA Draft, and there's a number of different directions they could go with the selection. However, given their desire to move on from Reggie Jackson at point guard and plenty of talented backcourt players in this draft class, it's looking like they are going to use their pick on a guard. Here are three players they should be targeting in the first round:

This is a dream scenario for Detroit, having Smith fall to them. He is an elite athlete, lightning quick and has the potential to be a true superstar. He can play a little reckless at times and doesn't have the most reliable jumper, but all of the physical tools of a star are there - and the Pistons need one. Smith probably won't be available, but if he is, Detroit will snatch him up fast.

Kennard isn't a point guard, but he can play with the ball in his hands and would give Detroit more shooting and scoring - both things the Pistons need and things that Stan Van Gundy love. He's incredibly polished and efficient on that end of the floor, and the Pistons can make up for his defensive limitations with Andre Drummond around the rim.

Mitchell is the high-upside prospect who may not have a distinct position, but his 6-foot-10 wingspan has eased doubts about him being able to play shooting guard at the NBA level. He might be the best athlete in this class (which is saying something) and has developed a good jump shot, making an average of two three-pointers per game this past season. Mitchell is still scratching the surface of how good he can be and was already an elite defender in college basketball.

Adding him, with this offensive upside and potential to transition to point guard, make him a real intriguing prospect for the Pistons.

Follow our Detroit Pistons news page for all the latest Pistons draft news!