Why The Detroit Lions Will Make The Playoffs This Season 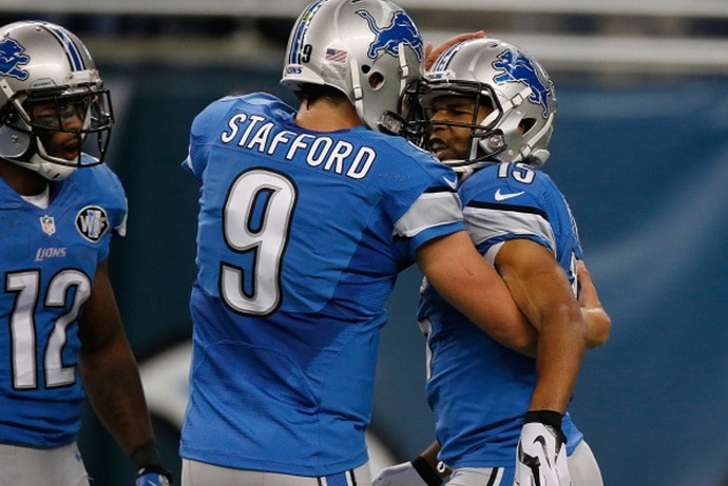 The Detroit Lions suffered through a disastrous 2015 season that saw them miss the playoffs, and things only got worse for them in the offseason when star wideout Calvin Johnson announced his shocking retirement. Many think that means the Lions will take a big step back again in 2016, but we don't think that's the case. Here are three reasons why they'll make the playoffs this year:

Joique Bell was locked into the starting role in Detroit last season, but he lacked speed and couldn't take advantage of the little openings he had. The Lions are now turning the keys over to second-year stud Ameer Abdullah, who showed flashes of brilliance last year. He's a real dual threat who won't just be effective on the ground - he's also a lethal receiver out of the backfield.

The men in charge of protecting Matthew Stafford have been less than stellar in recent time, forcing Stafford to make a bunch of rushed decisions under duress and take a lot of sacks. Their running game was also the worst in the league last year, largely because the offensive line struggled to consistently open up lanes. Detroit's addition of Geoff Schwartz and Ohio State's Taylor Decker in the first round gives renewed hope to a unit that ranked in the top 10 in sacks allowed.

Stafford has received a lot of criticism over the course of his career, and while some of that is warranted, there's no denying how dominant he is and how high he can take this team. He passed for over 4,200 yards for the fifth straight season last year to go along with 32 touchdowns (second most in career) and 13 interceptions (second lowest in his career). Stafford is maturing and making better decisions with the ball, and all of that will continue to lead to wins.