What are the odds? Detroit Lions' Matthew Stafford's MVP chances aren't that good 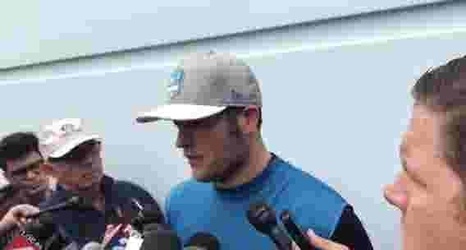 The last time a player from the Detroit Lions won the NFL's Most Valuable Player award, Matthew Stafford was 9 years old.

If he were to change that this season, BetOnline.Ag doesn't love his chances.

Stafford enters his 11th season with 80-to-1 odds of winning the MVP award. He is hardly the favorite, as reigning and former MVPs Patrick Mahomes (6-to-1) and Aaron Rodgers (9-to-1) are, but Stafford's chances are the same as Antonio Brown, Marcus Mariota and Derek Carr.

Stafford won comeback player of the year in 2011 after throwing for 5,038 yards the season after a major shoulder injury.