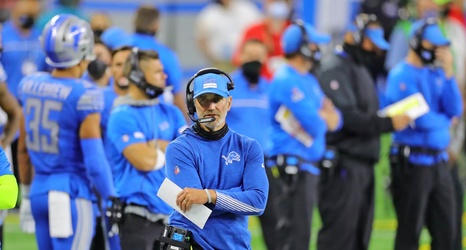 EA Sports is continuing their week-long rollout of the top 10 player overall ratings by position in Madden NFL 22 and Wednesday’s soup du jour is tight end.

Finally, a Detroit Lions player has cracked the list, but it’s certainly going to be met with raised eyebrows—and probably some #DetroitVsEverybody responses on social media. T.J. Hockenson, the third-year tight end from Iowa, will be the ninth-ranked tight end with an 85 overall rating when Madden NFL 22 launches next month.

Hockenson had a 77 overall rating in last year’s Madden NFL 21 at launch, so an eight-point bump to his rating is quite a boost after he put together a Pro Bowl season where he caught 67 passes for 723 yards and six touchdowns.