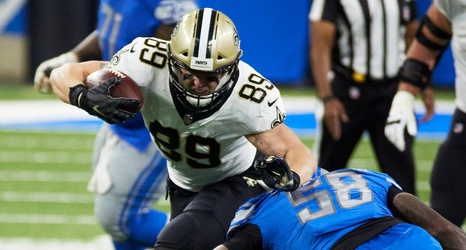 The Detroit Lions suddenly find themselves in the market for a tight end. Veteran Josh Hill is expected to retire, less than two months after signing a one-year contract to join the Lions, a team source with direct knowledge of the situation confirmed Tuesday.

Shortly after signing with the Lions, Hill, who spent his entire eight-year career with the New Orleans Saints, noted the difficulties of uprooting his family.

"It is tough," he said. "We kind of made this our home base. We stayed here throughout the year, so when you have — we’ve got four kids, so moving those relationships and everything, there’s growing pains with that of course.