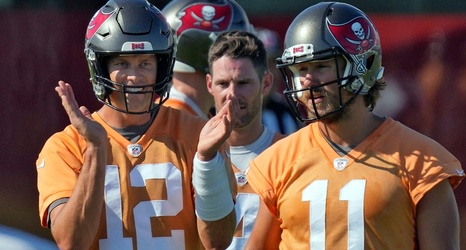 Tampa, Fla. — Tom Brady concedes a lot has happened in the four months that have passed since he announced through social media that he was walking away from the NFL after 22 seasons and seven Super Bowl championships.

For starters, the 44-year-old quarterback did an about-face and unretired six weeks later, citing “unfinished business” as one of the reasons for changing his mind and returning to the Tampa Bay Buccaneers.

Brady subsequently also accepted a lucrative offer in broadcasting to join Fox as a football analyst after his playing career ends.

For now, though, he says he's just focused on helping the Bucs win another championship.