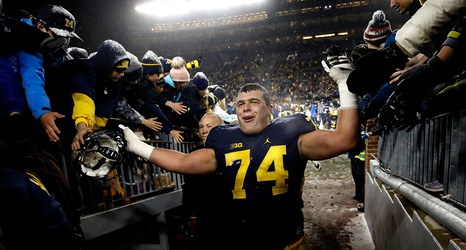 All eyes are on the draft for Detroit Lions fans, as the team has the opportunity to coach the North squad in the Senior Bowl on Saturday, January 25 at 2:30 pm EST on NFL Network.

The Lions coaching staff has the unique chance to practice with these seniors for an entire week, letting these prospects run their drills to simulate how they would fit in in Detroit.

The Lions found gems to draft who played meaningful minutes for Motor City, most notably being defensive end Ziggy Ansah, guard Larry Warford, and guard Graham Glasgow, and most recently being defensive lineman Da’Shawn Hand and defensive backs Amani Oruwariye and Will Harris.