Three reasons why the Detroit Lions should not draft Tua Tagovailoa 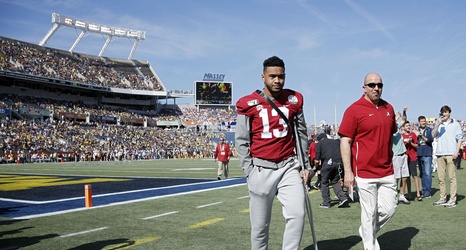 I’m seriously dumbfounded on why there are some Detroit Lions “fans” out there that want to draft Tua Tagovailoa. Don’t get me wrong, the former Alabama Crimson Tide quarterback is an excellent player. I’m not trying to bash Tua whatsoever.

This past season, Tagovailoa threw for 2,840 yards, 33 touchdowns, and only three interceptions. Granted, he played a mere nine games due to injury. Nonetheless, Tua was still impressive in the time that he played.

Two seasons ago, Tua threw for just under 4,000 yards. He also tacked on 43 touchdowns and only six picks.