The Indianapolis Colts will be the Detroit Lions’ measuring-stick game 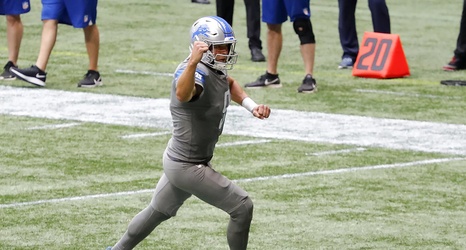 Believe it or not, but the Detroit Lions may be in the playoff race.

Detroit got to 3-3 after a last second victory over the Atlanta Falcons in Week 7. They are back at .500 and, miraculously, only a game away from the seven seed in the NFC. With a tiebreaker in hand over the Arizona Cardinals—who are at 5-2 in the playoff race—and a new boost to their pass rushing after trading for pass rusher Everson Griffen, the Lions could end the season in a position that felt impossible only a few weeks ago.