Should the Detroit Lions fire Bob Quinn? The pros and cons 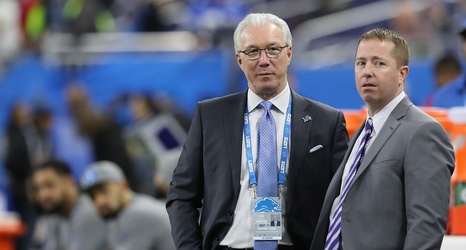 It was four years ago when Detroit Lions‘ Executive Vice President and General Manager Bob Quinn was hired by the Martha Firestone Ford and Rod Wood on January 11, 2016, to huge fanfare and with a lot of positive responses about the future of the club. Ford had assumed ownership of the franchise after the passing of her late husband, William Clay Ford, in March of 2014.

This four-year stretch has been largely considered a positive rebuilding with Quinn, a former New England Patriots personnel executive, but on the back of two losing seasons, many are starting to sour on the ‘Patriots Way’ and ask if the Lions are in need of a fresh start.