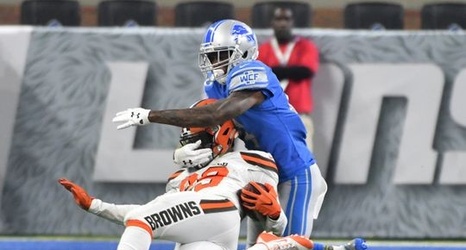 Allen Park -- For the third time this offseason, the Detroit Lions have cut a starter. Following earlier releases of safety Glover Quin and guard T.J. Lang, the team will be parting ways with cornerback Nevin Lawson, according to multiple reports.

Lawson, a fourth-round draft pick in 2014, has spent his entire five-year career with the Lions. He signed a two-year, $9.2 million extension last offseason.

By releasing Lawson prior to the start of the new league year, the Lions avoid paying a $1.625 million roster bonus due next week. The team will still be on hook for a portion of Lawson's signing bonus, $1.