Report: Giants, Lions had conversations about an unlikely trade for Kenny Golladay 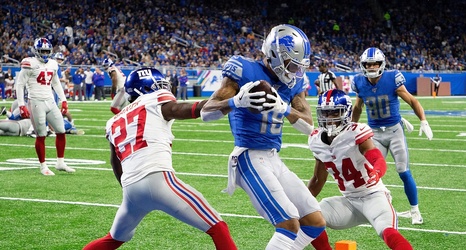 Detroit Lions wide receiver Kenny Golladay has played up to expectations in 2020, and it has only caused more consternation to fans about the future with his team.

Golladay is on the final year of his rookie deal and due for a big pay raise that could see him in the $18-21 million per year range. Because the Lions typically get their deals done in the offseason, there is concern that whenever Golladay gets his next contract, it may not be in Detroit.

And then there’s this:

According to ESPN’s Giants reporter Jordan Raanan, the New York Giants inquired about a trade for Golladay with the Lions.