Notes: Should former Lions coach Buddy Parker be in the Hall of Fame? 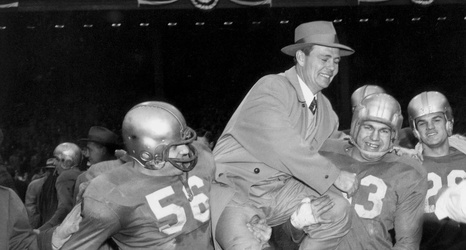 Talk of Fame Network’s Clark Judge, who is himself a Hall of Fame voter and writer with a longstanding interest in head coaches, believes a Lions head coach who won multiple NFL titles deserves a better look at getting into Canton. Changes approved last Friday to Hall of Fame bylaws granting coaches their own category for induction consideration over the next four years mean that retired coaches are not restricted to competing head-to-head against former players for one of the usual limited Modern-Era nominee spots in an incoming Hall of Fame selection process.