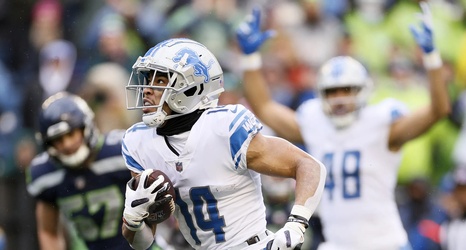 Fans have seen the fire Amon-Ra St. Brown can bring on the field, but looks like there’s some heat under the helmet too.

If you’ve ever seen St. Brown speak, he comes off as a pretty chill guy. But Pro Football Focus’s Doug Kyed spoke to the rookie, and the Detroit Lions receiver had some thoughts on those that passed on him on the 2021 NFL Draft.

Instead of hitting a “rookie wall” like many of his fellow first-year players, this Lions receiver has absolutely exploded in the second half of the season.