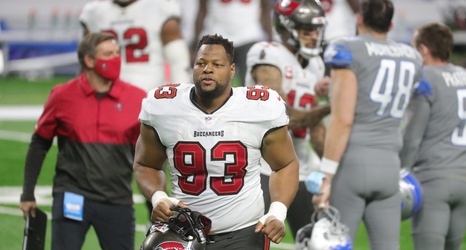 Ndamukong Suh once called Jared Goff "the best QB I've ever had," so it's only natural the former Detroit Lions star is rooting for his old team's new quarterback.

Speaking during virtual media availability Monday at Super Bowl LV, Suh called the weekend trade between the Lions and another one of his former teams, the Los Angeles Rams, "interesting" and said he offered to help Goff get settled in Detroit.

The Lions traded longtime quarterback Matthew Stafford to the Rams on Saturday for Goff and three draft picks, a third-rounder this spring and first-rounders in 2022-23.