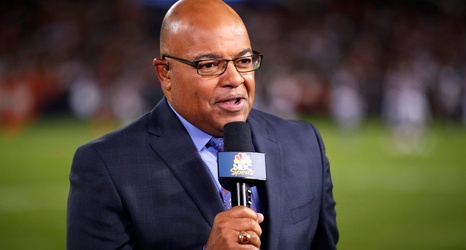 New York — NBC Sports revealed its new “Sunday Night Football” announcing team with analyst Cris Collinsworth returning and being joined by Mike Tirico in the booth and Melissa Stark on the sidelines.

The network said the crew will work for the first time at the Hall of Fame game in Canton, Ohio, on Aug. 4. The Jacksonville Jaguars and Las Vegas Raiders are playing.

Tirico, who has been with NBC since 2016, is replacing Al Michaels calling the play by play. Michaels was hired by Amazon to handle its Thursday night games.