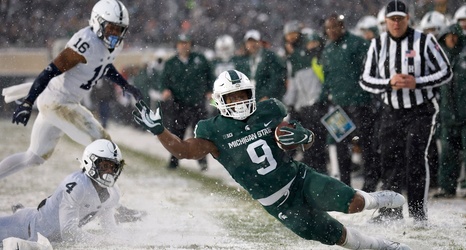 Aidan Hutchinson is the potential No. 1 pick in April's NFL draft, and the Michigan pass rusher leads a group of 15 players from Michigan state universities invited to the NFL combine Feb. 28-March 7.

The NFL on Wednesday announced its list of 324 invitees for the 2022 scouting combine in Indianapolis, and eight members of the Wolverines were included. The only schools whose players received more invites were Georgia (14), Alabama (11), Oklahoma (11), LSU (9) and Texas A&M (9).

Hutchinson is one of eight players from Michigan's college football playoff team who will take part in the event, and one of three potential first-rounders.