Matthew Stafford will not play vs. Dallas Cowboys 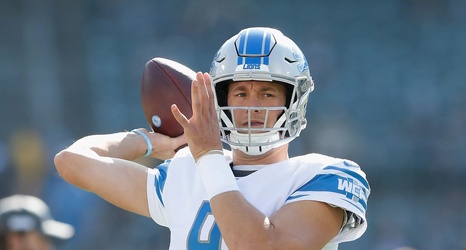 “I don’t anticipate him playing this weekend,” Patricia said.

He was later asked to clarify if there was any scenario in which he saw Stafford being available to play this week, but Patricia closed that door pretty quickly.

Stafford is dealing with fractures in his back, which caused him to miss his first game in 126 consecutive starts.