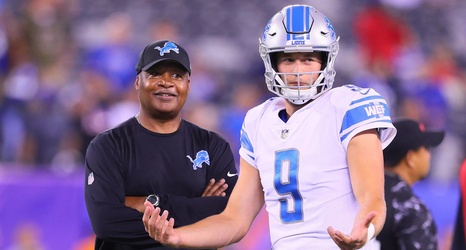 Earlier in the week, soon-to-be Rams quarterback Matthew Stafford had a farewell chat with Mitch Albom of the Detroit Free Press that went over his decision to ask for a trade, what Detroit means to him, and his future with in Los Angeles.

Perhaps most notable were Stafford’s comments on his former head coaches. He praised Jim Schwartz as the guy who gave him and his career a chance in Detroit. As for his successor, Stafford said he was blown away by Jim Caldwell when the two sat down as part of the interview process.