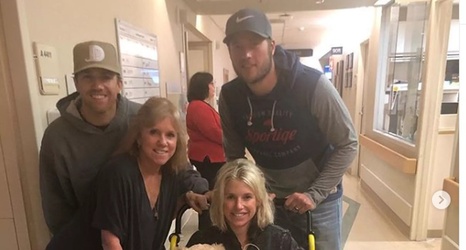 It’s hard to blame anyone for missing time on the field with stuff at home, but Matthew Stafford isn’t just anyone.

In early April, Matthew’s wife Kelly Stafford announced she needed surgery for a brain tumor on her cranial nerves. Matthew spent the first week of offseason workouts with his wife, but less than 24 hours after she was released from the hospital, he was back in Allen Park.

The Lions told Stafford to take as much time off as needed, per ESPN, but Stafford was ready to get back to work, with some pushing from Kelly.