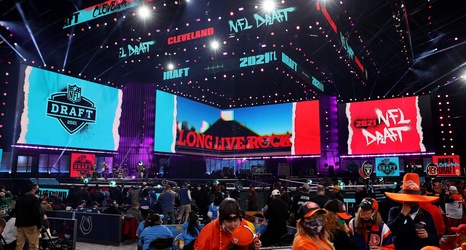 The Detroit Lions have bulked up so far in the NFL Draft, bolstering both the offensive and defensive lines through the first three round of the NFL Draft.

They'll cap this draft class Saturday, with two picks on the docket. Day 3, which includes Rounds 4-7, begins at noon.

The Lions own fourth- and fifth-round picks, selecting at Nos. 112 and 153. After taking offensive tackle Penei Sewell with the No. 7 overall pick on Thursday, the Lions turned to defense on Friday, selecting defensive tackles Levi Onwuzurike and Alim McNeill in the second and third rounds, respectively, and Syracuse cornerback Ifeatu Melifonwu with a third-round pick acquired from the Rams in the Matthew Stafford trade.