Lions Week 8 scouting report: The Philadelphia Eagles are bad, and a good matchup for Detroit 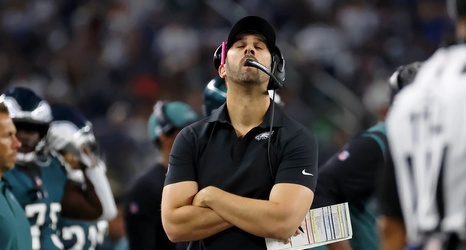 The Philadelphia Eagles resemble the Detroit Lions in many ways. Like Detroit, the Eagles are in Year 1 of a new head coach, and they had to spend most of the offseason selling their off parts for draft picks and cap space. But the feelings in the two cities couldn’t be more different. While Lions head coach Dan Campbell is receiving wild praise and appears to have the full support of his players, Nick Sirianni is getting calls for his job and has players openly criticizing game plans.

As a result, we’re looking at this Week 8 matchup between two teams with a combined two wins.